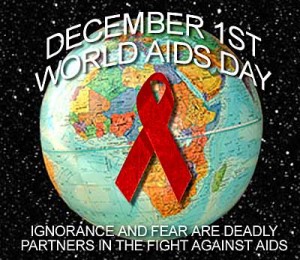 What’s the deal with orange? It’s about hope. But specifically orange was designated as the color of hope for AIDS orphans in Sub-Sahara Africa. Over a decade ago, I made a commitment to devote myself to the cause of care for AIDS victims especially orphans.  It seemed like a hopeless cause. There were millions of them. You got a new one every 14 seconds. There was no cure. It was the biggest pandemic in the history of the world.

So is there any hope? As I look back, I have seen Christian Relief Fund build many schools and orphanages for AIDS orphans. Thousands of AIDS orphans have been sponsored and now have food, clothes, housing, health care, an education, and spiritual training. Although there is not a cure, antiretrovirals have been developed that can keep HIV from becoming AIDS. Mothers are given these ARVs and even though they are HIV positive, their babies will not be. President Bush  developed a program called P.E.P.F.A.R. to fund these medicines. Bill Gates and other businessmen started development programs to curtail the spread of AIDS. Educational programs were started to teach children how not to get HIV.  The ABCD plan was taught in Kenya and Uganda (A for abstinence, B for be faithful in marriage, C for condoms as a last resort, and D for death if you don’t do this). Kenya and Uganda were the first two countries to actually see a decrease in new cases of HIV.

Yes, there is hope. I am more optimistic when I visit places where AIDS has been so devastating. But we can’t stop now. I think I see an end in sight. But we must still take care of the ones who are orphaned now. We still need P.E.P.F.A.R. to supply ARVs or the ones who started taking them will get AIDS. We need to continue the course we have started. We are too close to a solution to stop now.

Maybe some of you need to get started. We still have thousands of AIDS orphans at CRF that still need to be sponsored. Do something. On this World AIDS day, pray and do something. For about a $1 a day you could save an AIDS orphan.