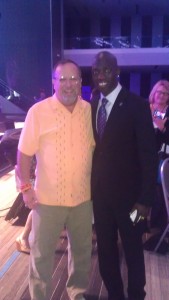 If you are like me, you are thinking like crazy trying to come up with one more gift idea for Christmas shopping. If you are still looking, I have a few suggestions. These are some of my last minute items.

Give a goat. Or you can choose so many other options from the Christian Relief Fund catalog like a mosquito net, a cow, a well, or an eReader. Recently we drilled a well in a remote village in Turkana. We gave them some food and taught them how to irrigate in order to start a farm. But when I went back in a few months, I found that their crops were not ready for harvest and the food I had given them had run out. They had no food, and yet they were alive. I asked them how they stayed alive. They revealed the mystery to me when they walked me out to a corral. It was full of goats people had bought through CRF. The people were only alive because of the milk from these goats. Maybe it was an extra Christmas present to buy for you, but to them it was the source for keeping them alive.

You can order a goat or another gift on the CRF Christmas catalog at www.Christianrelieffund.org/giftcatalog

If you want a give a book (I like to do this), let me recommend a couple for you. A Winter Dream by Richard Paul Evans moved me and gave me some understanding of myself that has been extremely significant. In this new book, Evans retells the story of Joseph only in a modern day setting. If your life ends up in a good place even though the pathway there was circuitous and rather bumpy, this is the book for you. I never dreamed that I would work for Christian Relief Fund. And I certainly would have never believed that I would have arrived here in the way that it happened. Yet is easy to see God’s hand all over it. Perhaps you are still in the middle of an unexpected journey into the unknown. It may be tough. It may be unpleasant. But there is a God behind your story. Maybe this book can help you realize it.

And if you want the most dramatic story imaginable, read Running For My Life: One Lost Boy’s Journey from the Killing Fields of Sudan to the Olympic Games. It is the true story of Lopez Lomong who was a victim of some of the most violent and brutal abuse that I have ever known. He went from refugee camps in Africa to carrying out the flag for the United States at the Olympics. It is a heartwarming story full of hope. Lopez and I both spoke on the Rejuvenate program in Columbus, Ohio. We have partnered together to save some children in Sudan and Kenya. He is one of the fastest people in the world. He and I are together in the picture for this blog. If there is ever a story of overcoming and a modern day Joseph, it is this one.

Have a great Christmas!!!