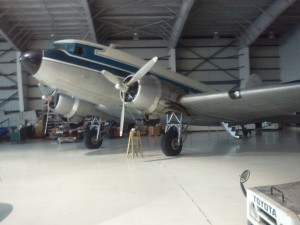 It’s a DC3, and I’m headed to Haiti again with a bunch of students from Ole Miss. We have just finished drilling some wells and are putting water purification units on them. We will also be teaching and encouraging a lot of orphans in Cap Hatian and Benjamin. Hopefully, we can enroll many of them for sponsorship in order for them to get an education, food and shelter.

When I have internet, I will try to share a few stories with you. I’d appreciate your prayers for safety in Haiti and in the air (this is an old airplane).

I was moved by this statement that I read today from Richard Paul Evans. It will make you think.

“American culture is a curious thing. We fret over a sport star’s twisted ankle or the ill-fated marriage of celebrities, yet lose no sleep over a hundred million children living in the streets.”