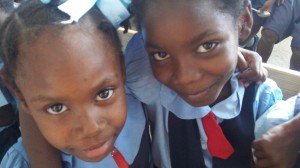 Sean Penn has made a lot of headlines at the Cannes Film Festival, and it is not a movie that he is promoting. He is calling for the film industry and any sympathetic heart to finish the task in Haiti. The poverty and the crisis are still there. Others will argue that enough is enough. Too much money and effort went into the Haiti crisis and not nearly enough relief actually happened. They will spin stories of governmental abuse and poorly spent relief money.

I think I can argue both sides. There was so much wasted in the Haiti crisis. It makes you so mad to think of compassionate gifts that were given that didn’t really help. But on the other hand, I just witnessed the immense poverty and trouble that is still being experienced there.

So what should you do?

Dean Karlen and Jacob Appel in their exceptional book on economics, More Than Good Intentions state: “The next step in resolving the aid debate isn’t more arguments from podiums and isn’t back-office analysis of huge country-level data sets. It’s far simpler, and more direct; find individual programs that work, and support them. Find programs that don’t work, and stop doing them. And observe the patterns of both to learn which conditions are conducive to success, so that our first attempts at designing solutions get better and better.”

After seeing firsthand what CRF is doing in Haiti, I can honestly say it works.

If you have been moved by any of my recent blogs in Haiti, you can help do something that counts.

If you go to CRF’s Sponsorship Site—there are a bunch of children you can help. Simply click on one of the kid’s photos and pick a Haiti child to sponsor. Thanks for caring!